MacPractice presented a preview of macOS Sierra and El Capitan compatible MacPractice Generation 7 practice management and clinical software at AAPD, highlighting next-generation pediatric, adolescent, and adult restorative and periodontal charting. While, next-generation charting was initially delivered in MacPractice 5.1 in mid-2016, the feature has been enhanced continuously to be even better with the benefit of customer feedback. 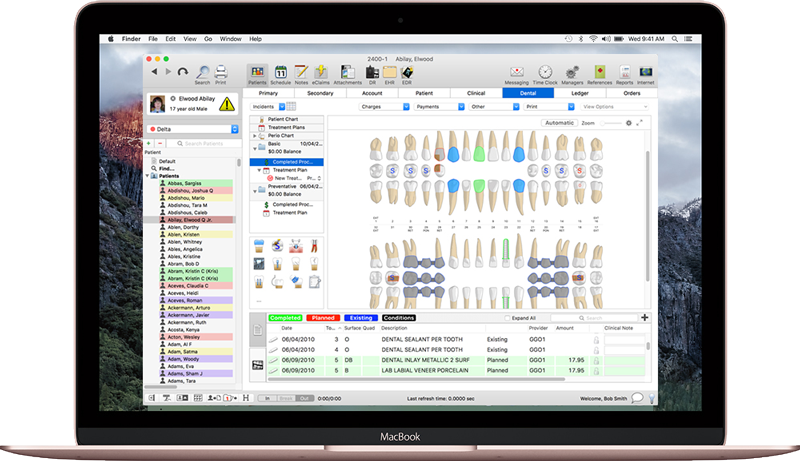 Other highly anticipated future feature were demonstrated, as well. One frequently sought after future feature on the horizon is a new chart timeline designed with pediatric dentists especially in mind. The timeline will make it easy for pediatric dentists to compare existing conditions and dentition from every visit and will be available in a new version code named MacPractice Generation 8. While it was designed especially with pediatric dentists in mind, other dental professionals who follow the progression of growth or changes to oral health can also benefit.

MacPractice DDS has one of the highest user satisfaction percentages (92 percent) across several key criteria, including return on investment, clinical, business and overall satis- faction, according to the company, and was given the CR Choice designation in the March 2017 issue of the Independent Clinicians Report. MacPractice software beat Dentrix, Eaglesoft and Softdent in almost every category.

There are certain features and capabilities of MacPractice DDS that make it particularly well-suited for use in a pediatric dental practice. A partial feature list includes:

• Built-in AES encryption of data at rest and in motion, and AES encrypted and unique password as required by HIPAA to qualify for Safe Harbor in the event of a breach.

• MacPractice EDR for all dental specialties.