Don't worry about ransomware with MacPractice by your side 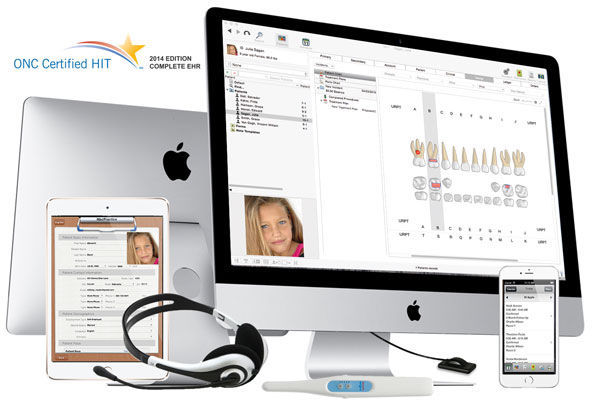 National attention to computer vulnerability reached fever pitch last month with the propagation of WannaCry Ransomware to 45,000 Windows users around the world.

As businesses, doctors’ offices and hospitals booted Windows the following Monday, the infection spread exponentially throughout their networks, leaving doctors helpless and unable to schedule and treat patients.

No victim of this ransomware attack has reported receiving the encryption key required to access their data after paying. Not sending a key has become commonplace.

Every day in 2016, thousands of malware events were reported affecting millions of patients and eventually killing hundreds, if not thousands, of practices, which are required by HIPAA and states to report breaches to HHS, patients and the media. Law enforcement agencies say most breaches, of which Ransomware is one cause, are unreported.

Because of their superior design and commitment to security, Apple products are not vulnerable to PC viruses, malware or ransomware. Malware is by and large developed to target vulnerabilities in Windows, Office, Android, web browsers, firmware and Linux. Avoid these systems, and you avoid cybercriminals.

MacPractice security is built in

Unlike other dental software, MacPractice built encryption into its products for data at rest and in motion, and the MacPractice password is unique and encrypted as specified by the HIPAA.

MacPractice’s all-in-one design integrates every practice function, even secure email, network fax, patient portal and other services. An example, MacPractice’s built-in word processor not only increases practice productivity and eliminates the cost of Microsoft Office, it also eliminates a favored target for hackers.

Apple Devices and OS — least cost
Many companies like IBM, which supports 500,000 PCs and Macs, have

proven for themselves that Macs are more secure and cost less. As a matter of fact, every Mac saves IBM $545 over 4 years. Conversely, PCs require 5.4 times more onsite service, and PC users call for support eight times more. In addition, Windows must be updated 104 times more annually than macOS.

macOS is free and so is Pages (word processor), Numbers (spreadsheet), and Keynote (favorite dental presentation software) with free updates and new versions.

On the other hand, Windows Server (required on a PC server) costs $800 and requires IT support, Windows 10 Pro costs $200 per PC and Office 365 costs $99 a year per user and requires an Internet connection and a web browser (introducing a favored target for cybercriminals on every PC).

In a seven-user practice with a dedicated server, Microsoft products alone cost $2900 in the rst year and $700 every subsequent year, as opposed to being free from Apple.

Apple Devices and OS – most secure
IBM relies upon macOS’s built in security capabilities; so can doctors.

macOS’s GateKeeper prevents any- thing from being installed on a Mac that is not on the App Store. An end user can intentionally install another application but not accidentally.

A Mac user can install Windows and Windows applications in a virtual machine or boot in Windows (a trick Windows users cannot do with macOS). Otherwise, no Windows software, including PC viruses and ransomware, will install or work on a Mac.

macOS’s automatic built-in virus protection is X Protect. Most Mac users don’t realize they have virus protection because they don’t pay $60 to $100 annually or employ IT to keep PC virus definitions current. Apple updates protection with every macOS update.

macOS built-in full disk encryption is FileVault. FileVault is activated with a mouse-click in System Preferences. All macOS security is free, built in, effective and no IT is required.

Apple users love macOS and iOS and are more up-to-date than Windows users. Along with the fact that Apple releases new and more secure operating systems every year, macOS and iOS are, and will continue to be, very hard targets for criminals.